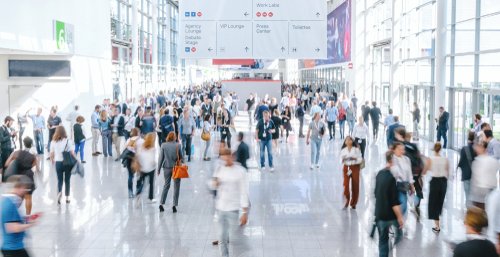 1) INTRODUCTION AND DESCRIPTION OF THE CASE

It is a known fact that, due to the spread of the Covid-19 virus, the organizers of many fair events have been forced to postpone or cancel events that had been scheduled for a long time, such as RiminiWellness in Rimini, Cosmoproof in Bologna or Salone del Mobile in Milan.

In this regard, one of our clients (hereinafter “EXHIBITOR”) gave us the opportunity to analyze the impact on the relevant contracts of the postponement of Salone del Mobile, from April 21/26 to June 16/21.

EXHIBITOR, in fact, entered into a contract with the Italian fair organizer (hereinafter “FAIR ORGANIZER”) in order to take part in the 2020 edition of Salone del Mobile (hereinafter “Salone”).

EXHIBITOR also paid the FAIR ORGANIZER a considerable amount as a down payment.

At the end of February, the FAIR ORGANIZER announced the decision to postpone Salone from April 21/26 to June 16/21 due to the spread of contagions of Covid-19 and to the measures consequently adopted by government authorities.

Due to such postponement, EXHIBITOR asked us for a legal opinion, since it was not interested in attending Salone in June because:

EXHIBITOR asked us if it could terminate the contract with the FAIR ORGANIZER, and obtain the reimbursement of the down payment since the participation in Salone in June would not have guaranteed the same benefits that it would have guaranteed in April and, therefore, the related investment would no longer be economically justified.

Once we analyzed the contract entered into between the FAIR ORGANIZER and EXHIBITOR, we confirmed that there was the legal ground to terminate the same and to obtain the refund of the down payment, provided that EXHIBITOR was able to proof the loss of its interest to participate in the Salone on the new date since the participation would have been commercially ineffective and/or economically unprofitable compared to the date originally set.

Our legal opinion was grounded on the following legal reasons.

4) ANALYSIS OF THE FACTS

Salone and many other upcoming fair events that were due to take place in these months have been postponed because of the measures adopted by the national authorities aimed at counteract the spread of the Covid-19 pandemic. These measures, in light of their content, must be considered as force majeure events.

In particular, the FAIR ORGANIZER had specifically justified that the postponement of the Salone was due to the Covid-19 pandemic.

In light of this postponement, the agreed obligation – participation in the Salone – had become useless for EXHIBITOR and, in any case, it no longer had any interest in receiving it.

The reason is obvious and demonstrable! Fair events represent an opportunity for enterprises to gain visibility, and postponing such events to a date that is different from the one usually scheduled and/or carrying out the same in different terms, besides causing a significant increase of the costs at an economic, organizational and logistical level, entail the frustration of their effectiveness and of their promotional strength originally assumed as well as of their capacity to develop commercial benefits for exhibitors.

5) THE LEGAL REASONS SUPPORTING OUR LEGAL OPINION AND OUR RESULTS

The results proposed by our Law Firm started from a specific analysis of the text of the contract entered into between the parties, to verify whether such text provides for a force majeure clause, as well as the consequences and remedies related to the force majeure event.

Since the contract did not contain any provision in this regard, we resorted to the general principles and rules of law.

The performance of Salone on the usual date and within the terms originally agreed upon was an essential element of the EXHIBITOR will, necessary for the valid conclusion of the contract and, therefore, it represent its concrete cause, so that participating in the fair event on the postponed date would not be beneficial to the EXHIBITOR anymore.

This circumstance falls into the legal arrangement, acknowledged in many case-law, of the so-called “presupposizione”, that identifies a factual situation which is a determining and essential prerequisite in the acceptance and conservation of the contractual relationship and whose expiry justifies the termination of the contract.

In this regard, the Court of Cassation confirmed that it is possible to terminate the contract when the fundamental prerequisite of the contractual relationship changes due to the occurrence of circumstances not attributable to the parties, so that the balance of their respective interests rests on a basis that is different from the one according to which the relationship had been agreed upon.

In light of the above, the EXHIBITOR can terminate the contract since the non-performance of the Salone on the original date and according to the terms initially agreed upon caused a change in the balance of the interests of the parties, following which the obligation provided for in the contract, even if still possible, has become useless and/or such party is no longer interested in receiving it.

Therefore, based on such factual and legal premises, the EXHIBITOR can legitimately terminate the contract and obtain the refund of the down payment paid, since such payment is no longer legally justified.

This case, like other similar cases, could also be solved demanding the termination of the contract due to supervening impossibility as provided in art. 1256 cod. civ. according to which, if the obligation has become temporarily impossible, this obligation must be performed as soon as it becomes possible again, unless the beneficiary of the obligation no longer has an interest in receiving such performance; in this last case the obligation is extinguished and the contract is deemed to be terminated.

However, in light of each situation that will arise from the pandemic emergency, it is necessary to take into consideration the general principles of good faith provided for in articles 1175 and 1375 cod. civ. in application of which, in the presence of unforeseen circumstances that have altered the contractual balance, the parties are required to renegotiate the terms of the contractual relationship in order to take the same back to equity.

This analysis does not constitute a legal opinion to be freely used in similar circumstances, since each case needs to be analyzed accurately and specifically. Bacciardi and Partners law firm remains at your disposal to analyze and solve any critical issue and problem resulting from the Covid-19 pandemic