Webinar: MANAGING THE BREXIT CHALLENGE: with regard to customs, VAT and mobility of employees 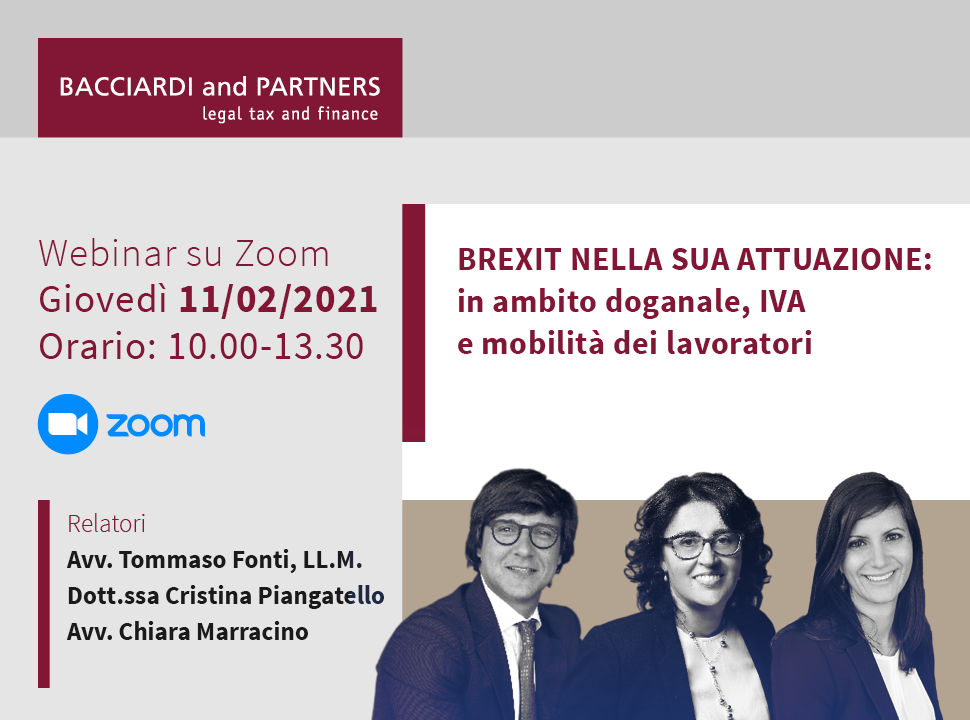 The webinar is aimed at analyzing the most relevant Brexit critical issues the companies may face in their commercial practice.

The webinar illustrates the new specific rules for determining and proving the preferential origin of goods. In fact, with respect to customs matters the Agreement mitigates the impact of Brexit, especially with reference to the elimination of customs duties and quotas on goods imported into the UK, provided however that companies prove that their products meet the requirements for the acquisition of preferential origin set out in the Agreement.

The webinar addresses the main VAT issues deriving from the exclusion of the UK from the application of the EU VAT system, as governed by Directive 2006/112/EC.

The webinar has a practical approach; the speakers are professionals with a long and consolidated experience in advising on contractual, corporate, tax and customs aspects of international trade.

The speech is in Italian.