Guide on Doing Business in Italy 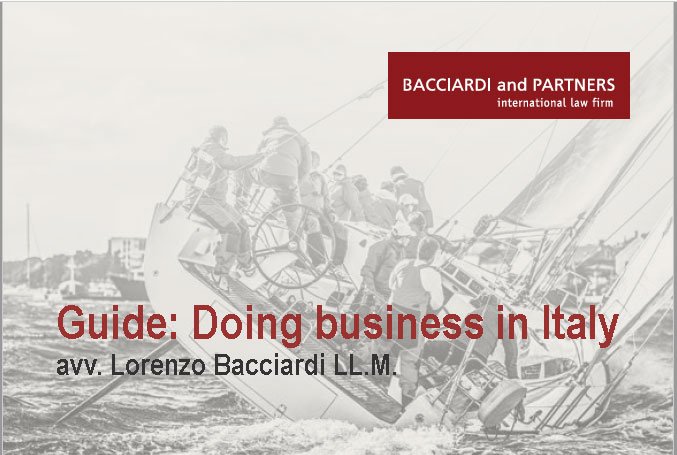 In this guide, Lorenzo Bacciardi, LL.M. addresses the most relevant issues involved in starting and operating a business in Italy.

PART I: THE ITALIAN ECONOMIC CLIMATE

What are the most relevant economic data to consider while investing in Italy? With a GDP of over € 1.7 trillion and a population of over 60 million, Italy is the world’s 9th largest economy.

Italy’s control over public finance has been among the most solid in the Eurozone in the last 7 years. Since 2012 the deficit has been consistently below the 3% ceiling, and Italy had the highest primary surplus on average (1.1%) during the 2009-2016 period. Italy is one of the world’s most iconic destinations, combining an unmatched cultural heritage and striking sceneries with one of Europe’s top performing and most diversified economy.

The export of goods and services continues to provide a decisive and positive contribution to the fate of the Italian economy: in the first half of 2018, in fact, it contributed to the formation of GDP by over 31% and the forecasts are for a further increase in 2019 up to 32%. Italy is the 2nd largest manufacturer in Europe; 5th largest manufacturer in the world; 9th largest exporter worldwide, with almost € 500 billion of export annually (goods and services).

Thanks to the improved competitiveness, Italy has been welcoming more and more investors. The Italian production structure is made up of many small and medium-sized enterprises. The different realities of excellence are both at the level of a single company and of productive districts.

GUIDE ON DOING MY BUSINESS IN ITALY 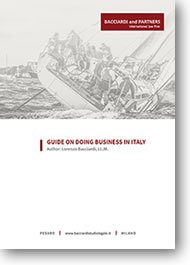